Bonjour! I am a professional juggler and dancer based in Paris. Currently I'm performing in several pieces by Gandini Juggling, and with the French "new magic" company Cie 14:20. Below you'll find a selection of shows I have been performing in or that I've been co-directing. Or maybe you'd like to drop me a line? I'll be happy to hear from you! 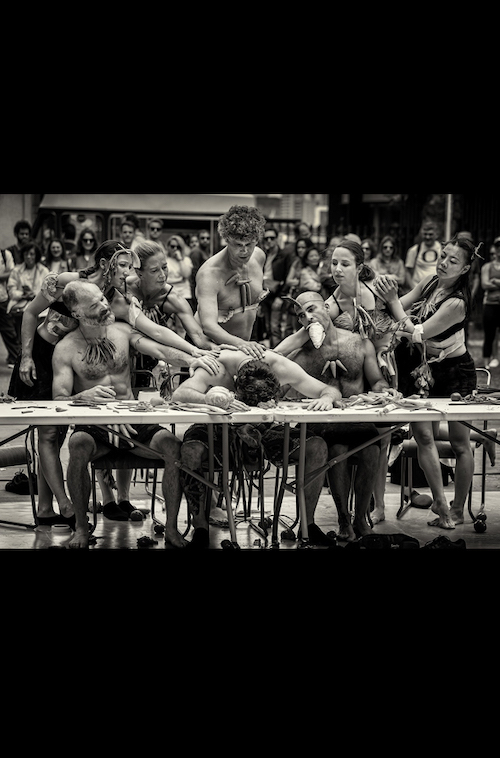 Stackcats. Somewhere between Juggling, Clowning, Slapstick and Dance, I'm one of the 8 performers that inhabit a vaudevillian illusion, quoting classical painting via cartoon violence. The piece addresses serious issues in a silly way, with a lot of vegetables. Watch the Trailer ! 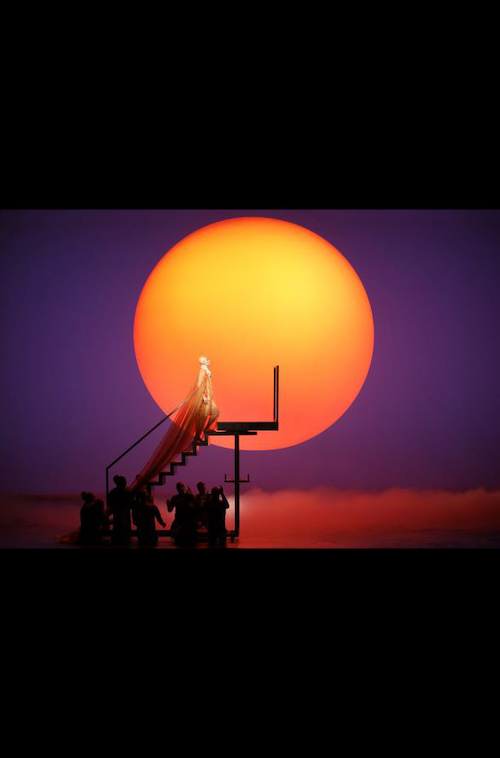 Akhnaten. In this Olivier Award-winning opera by Philip Glass, directed by Phelim McDermott, you'll be transported back into the ancient Egyptian world. I'm part of the juggling ensemble directed by Sean Gandini that visualizes the rythms of the score. Performed at the ENO (London) in feb 2019 and at the MET (New York) in nov 2019. Here's a Video at the ENO ! 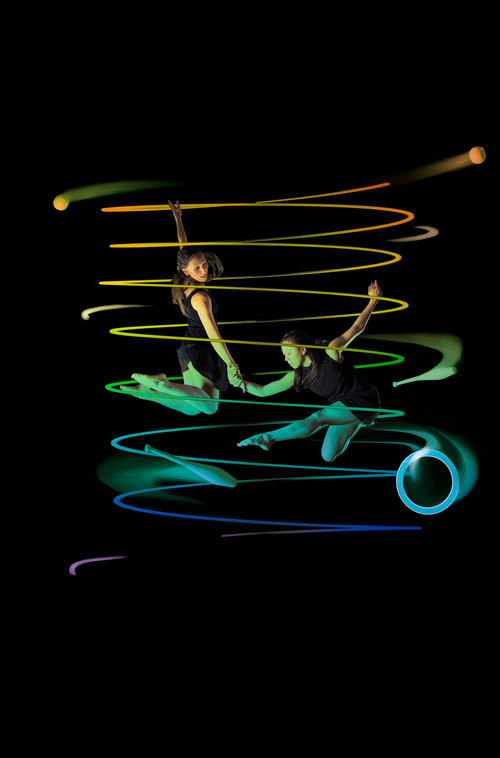 Spring. Spring is a collaboration between Gandini Juggling and Alexander Whitley Dance company. I'm a juggler in this cross art form piece. It is full of colors and embraces deconstructed rhythms and jubilant patterning. It has been premiered in Jan 2018. Watch the Trailer ! and find out more Here! 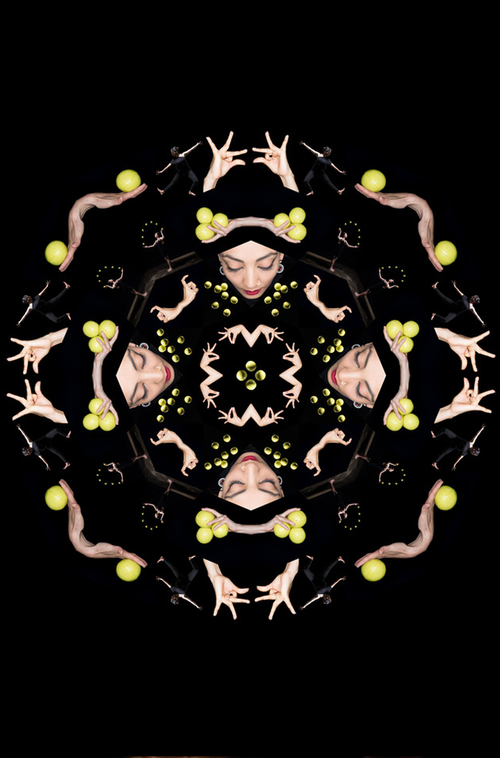 Sigma. I'm a juggler in this piece for two dancers and two jugglers.It is a flirtation between Bharatanatyam Indian dance and Juggling. It has been premiered in August 2017 at the Edinburgh Fringe Festival. Awards : TOTAL THEATRE AWARD FOR VISUAL THEATRE & ASIAN ARTS AWARD FOR BEST DIRECTING Here's the Trailer ! Or find out more Here! 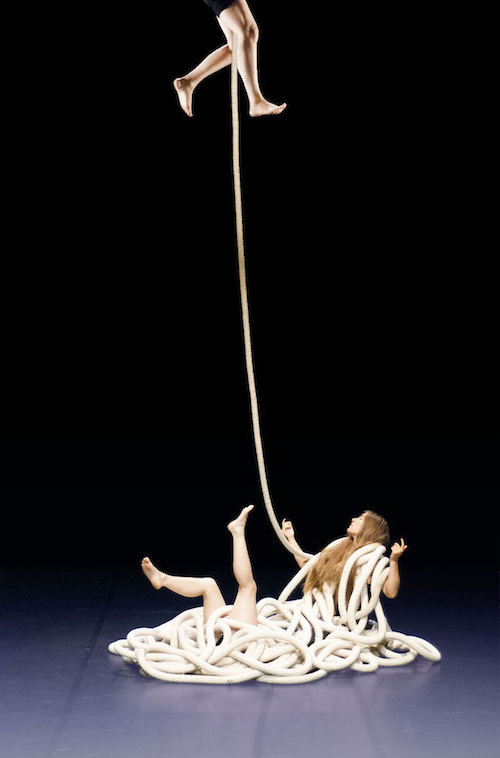 In 2009 I founded the company Sens Dessus Dessous with the juggler Jive Faury and since then worked with him on choreographed juggling/circus. (Dis)-cordes, a visual circus piece for 7 artists and 999m of rope, has been premiered in dec 2015, and has been performed about 40 times. trailer! 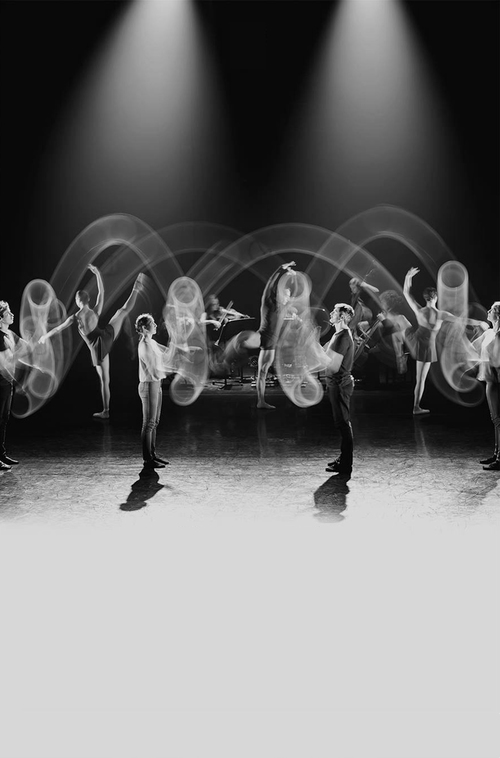 I am currently performing in the show 4x4 Ephemeral Architectures by Gandini Juggling, a collaboration between two worlds: ballet and juggling. The show premiered at the 2015 London International Mime Festival at the Royal Opera House. Find out more at Gandini Juggling. 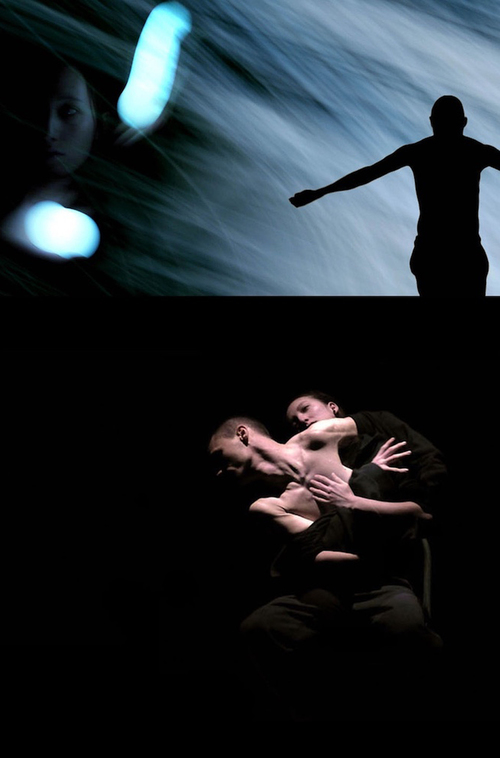 In March 2010 I joined the company 14:20 , which initiated a movement called "Magie nouvelle". I interpreted the pieces Etoiles, Notte, Vibrations and Constellations. Etoiles and Constellations are still being performed occasionally. Find out more about Notte in this PDF (french) or watch the trailer of Notte. 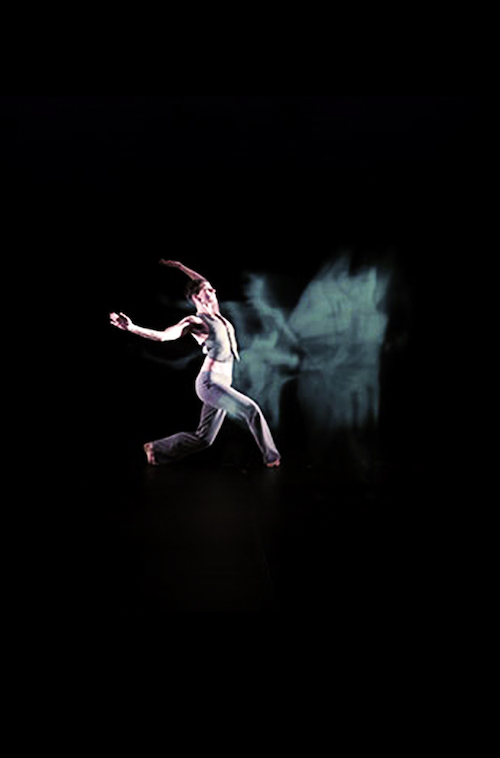 Since 2011 I have been alternating roles with Etienne Saglio to perform in the piece "Vibrations" ( Cie 14:20). It questions in a magical way the body, time and space at the border of the impossible. Watch the trailer HERE ! 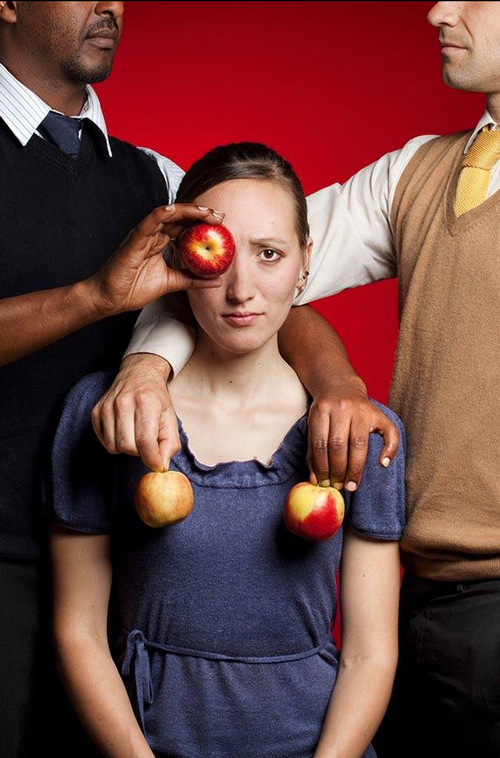 Smashed - a show inspired by the work of Pina Bausch. A mix of juggling and theater or ... the dark art of juggling! I am part of the original cast and have been touring with this show since 2010 ! In 2019, it has been performed more than 600 times around the globe, and we are still touring ! We have also made a special version with 20 jugglers( instead of 9!) and a new surprise version for it's 10th anniversary is coming up !! Find out more at Gandini Juggling. 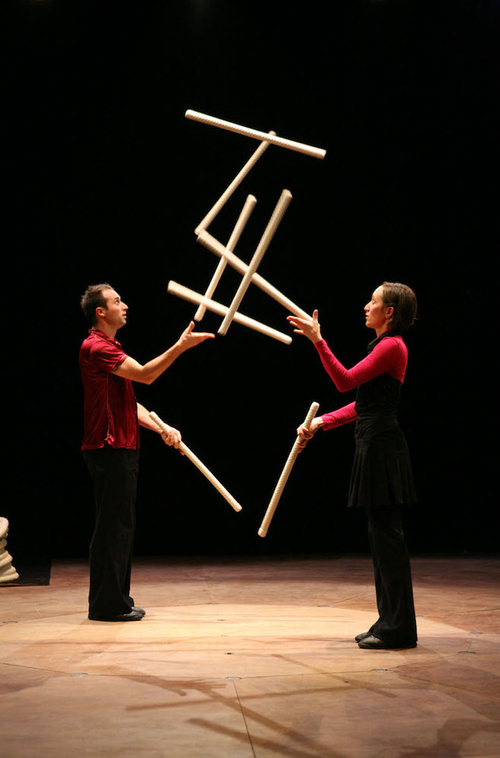 Linéa was the first creation of Cie Sens Dessus Dessous, the company I founded together with the juggler Jive Faury. It's a show for two dancing jugglers and 100m of rope. Since 2011 we have been touring this show all around the world with more than 250 performances, in more than 30 countries ! In 2017 we decided to stop touring this show and the last performances took place in May, in the theater " La passerelle" in Gap, France. Find out more here or watch the trailer ! 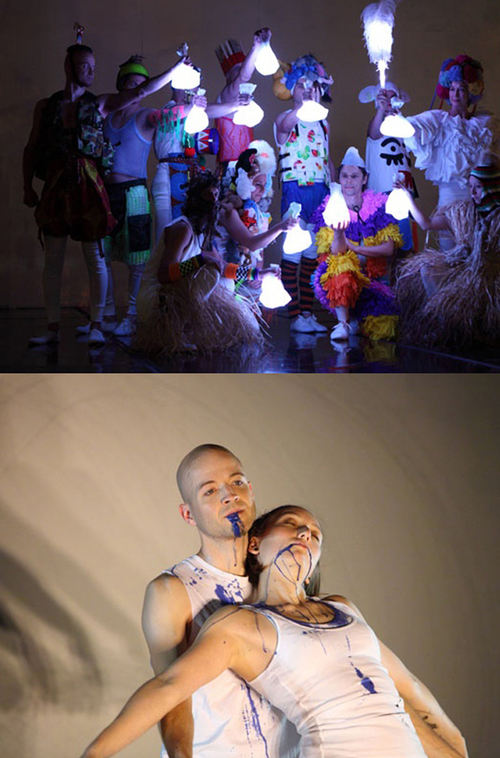 Blotched , juggling in the world of high fashion. In 2011 I performed in this colorful and experimental show by Gandini Juggling. It was shown at the National Theater in London during the Watch this Space festival. 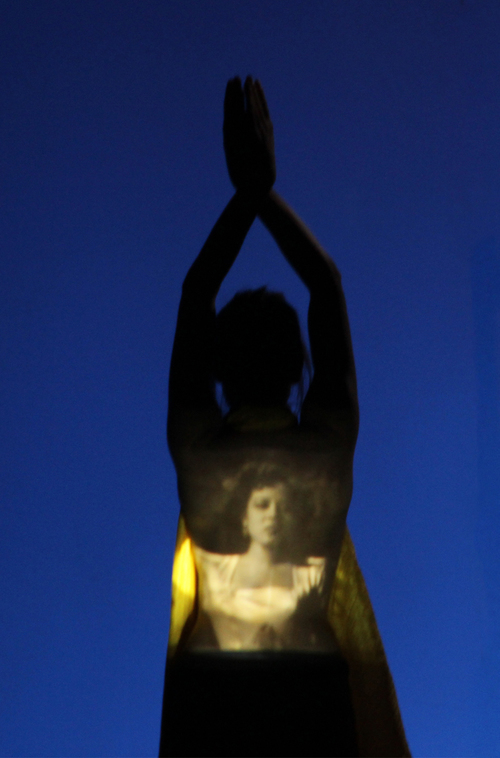 Chinoiseries, A Fictitious Imagining of China. In 2012, I performed in this piece comissioned by the National Center for Circus Arts in Cherbourg- Octeville, France. The piece questioned translations, falsification, and imposture, and more specifically the myths surrounding Chinese circus performers and the Japanese film China Nights. Gandini Juggling. 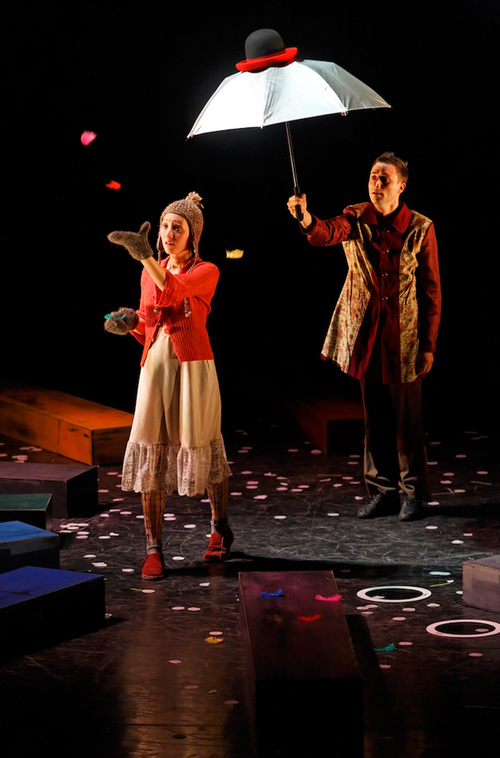 In March 2005, I joined the Company Jérôme Thomas for the creation of the juggling ballet Rain/Bow that has been performed more than 100 times between 2006 and 2008 in France and abroad. You can find more pictures and a video extract HERE 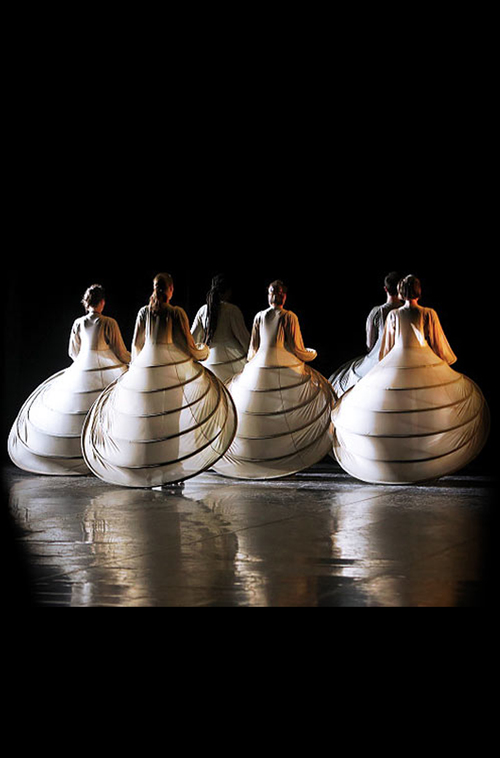 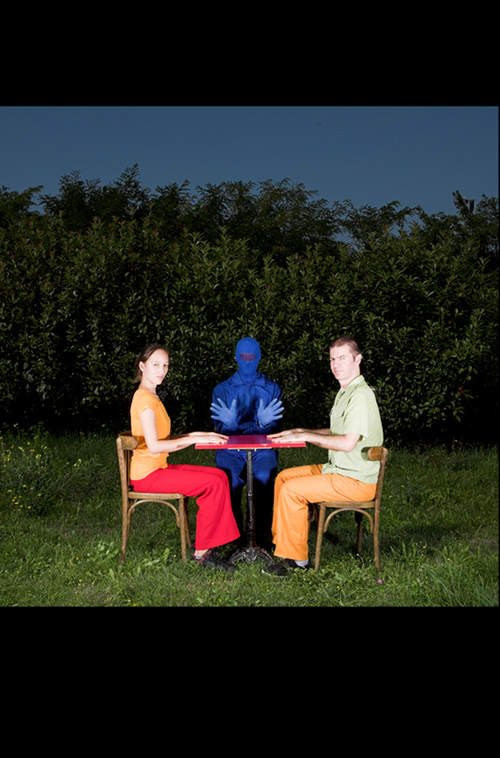 I was part of the collective Bicubic, together with Antek Klemm and J-F Valentin. The project merged juggling, object manipulation and numeric arts. The resulting show, also called Bicubic, was premiered at the festival Jonglissimo in Reims in 2008.

365 Homes is a photo project that I started in 2011. Being on tour with different shows, I spend a great part of my time away from home, on the road, on planes, in trains and ... in HOTELS! This photographic project is a reflection on my many homes over the last few years: I enter them, I step through, and the next day a new home is waiting for me. Each image shows the door of my room followed by the window view.